Innovation in Language: Taking “Meducation” to the Streets

The other day I was texting with a friend and former colleague and she made a typo—not a problem. Texting is meant to be a fast means of communication, and who among us hasn’t hit a neighbouring “o” instead of an “i” resulting in a hilarious misuse of prepositions? (No? Just me then. Oh dear.) My friend caught the typo before I did and corrected it. But it got me thinking: sometimes the greatest innovations come from our mistakes.

Sometimes the greatest innovations come from our mistakes.

Innovation in the English language
My friend wanted to type “medication” and sent “meducation” instead. Given that we both worked in continuing medical education (CHE) in the past, it seemed quite fitting. But that’s the joy of the English language: it accommodates innovation. In fact, this feature is a hallmark of a long-lasting language. Think of all the innovations that have become normalcy in our increasingly digital world; from vlogs (video blogs) to trackbacks, 25 years ago these words didn’t even exist. The happenstance of meducation is that it combines medication and education, making it potentially useful to the pharmaceutical and continuing healthcare education industries.

What it takes to stick around
What does it take to make a new term become integrated and accepted as a word in the English language? According to Oxford University Press, a wide search is done for new terms on the World Wide Web on everything from documents to song lyrics. If a new term appears in numbers from a variety of sources, it is chosen as a candidate for inclusion in the next edition of Oxford’s dictionary. Of these terms, those deemed to be significant, important, and those that would be used in the long term will be included in the next edition. While it used to be that words would be included if they were thought to be useful to writers—whether they were used or not— now they are required to appear in print/digital publication first.

Let’s start a movement!
Who knows? Maybe the next physician symposium featuring accredited CHE material will be referred to as a meducation symposium. Now we just need the word to go viral… perhaps if we included it in a cute video with a kitten? 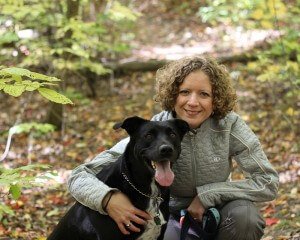